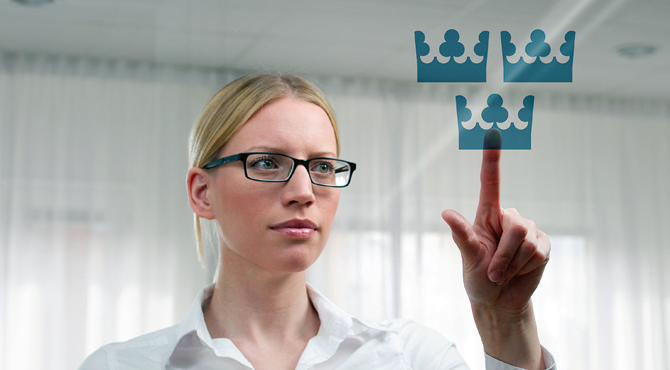 In an annual financial audit, we audit and evaluate whether the financial statements of the government authorities are credible and correct, if the accounts are true and fair, and whether the leadership of the authorities being audited are following current ordinances, rules and regulations.

Apart from the government authorities, the Swedish National Audit Office audits certain organisations such as the Swedish Inheritance Fund and the Royal Household and Establishment, and we also have the opportunity to appoint auditors to companies that are at least fifty percent under state ownership. Furthermore, we audit the government's annual report for state operations, the State Annual Report.

In a performance audit, we audit the government authorities' efficiency. The starting point here is how well the subject of the audit is achieving its goals and the appropriateness of the organisation, operations, process, or function for the purpose. The goal of the audit is to make sure that the state, with regards to the interests of the general public, is getting good results for its efforts. For example, a topic for scrutiny could be how road and rail investments are being planned and organised.

A common factor for all performance audits is that they are based on problem indicators and risk and materiality evaluations. This means that the audit is directed at operations that risk not to fulfil its purpose. It can relate to that the operations of the authority are not cost effective, that they have an inefficient organisation or that they are not observing rules and ordinances.

The Swedish National Audit Office represents Sweden in international audit related contexts, and have been commissioned by the Riksdag (Parliament) to work with international capacity development cooperation of Supreme Audit Institutions in developing countries.

The purpose of our international involvement is to support the development of independent professional auditing bodies, contribute to democratic development, and strengthen the supervisory power of parliaments in different parts of the world. At present, we are mainly involved in projects in Africa and south-eastern Europe.

The Swedish National Audit Office can also take on assignments, as external auditor in international organisations.

The Swedish National Audit Office collaborates with other Supreme Audit Institutions around the world, inter alia within the international organisation INTOSAI. The continuous exchange of experience and knowledge between SAIs is enriching for all involved. For many years, the Swedish National Audit Office has chaired an international working group which has developed globally accepted guidelines on financial auditing for the public sector. The use of these guidelines increases the quality of, and raises the credibility in, public auditing around the world.

The task of the Swedish National Audit Office includes not only reviewing of our own authorities. Another important task is to spread information on what we are doing and where we are going. We do this through dialogue with those we are auditing, but also through participating in debates, disseminating information to the media, arranging and taking part in seminars and conferences, and in keeping up a good dialogue with various stakeholders.